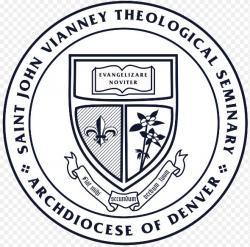 Responding to the Lord’s command to go and make disciples of all nations and under the apostolic vigilance of the Archbishop of Denver, the mission of Saint John Vianney Theological Seminary is discernment of, and unified formation in, priestly identity marked by an intelligence of heart, with men called to proclaim Jesus Christ and build a civilization of love in persona Christi Capitis. Likewise this community forms deacons and lay faithful to live as holy men and women in the Church’s mission of the New Evangelization.

St. John Vianney Theological Seminary consists of three divisions, allowing our faculty and staff to work together to educate and form persons called to different vocations within the Church:

For more information, please visit us on the web at: www.sjvdenver.edu