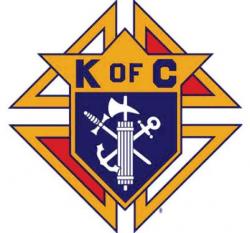 Ryan Lister is a General Agent for the Knights of Columbus, serving brother Knights and 14,000 families across Eastern Missouri. Ryan became a member of the Knights of Columbus in 2006 and became a Field Agent in 2012. Ryan is an Eagle Scout, earned a Bachelor of Science In Criminal Justice from Southern Illinois University Edwardsville and an MBA from Lindenwood University. He has also earned the industry designations of FICF, Fraternal Insurance Counselor Fellow, and FSCP, Financial Services Certified Professional.

Born and raised in greater St. Louis, Ryan and his wife Sara live in St. Peters, Missouri with their 3 children Claire, Andrew and Vera. Members who meet with Ryan and his team of agents will find them knowledgeable and passionate about what they do. He hopes that the many Catholic families that his agency has been entrusted with will be financially secure through the dedication and persistence of his agents, God’s grace, and the intercession of Father McGivney!

Email me jobs from Knights of Columbus, Ryan Lister Agency