For 100 years, the members of the Saint Cecilia Catholic community have met in Ames to worship God and celebrate our faith.  As we begin a new millennium, it is good to remember our humble beginnings.

In 1899, Fr. Henry Eckart was commissioned by the Archbishop of Dubuque to establish a church in Ames as a mission church of Saints Peter and Paul Catholic Church of Gilbert.  On August 30, 1899, he oversaw the purchase of Lincoln Way lots.  The ten families and dozen Iowa State College students in the parish helped bring the building materials for the church.  They met for Mass at the William Kinkade home and in Read’s Hall at 114  5th Street in downtown Ames until the white frame Church of the Good Shepherd was built at Boone (now Lincoln Way) and Elm Streets and dedicated October 11, 1901.  The 34 by 36 feet church held approximately 60 parishioners and was heated by a wood burning cast iron stove.

After the sale of the frame church to the Bethesda Lutheran congregation in 1905, a brick church was built with the cornerstone laid in 1906.  This second church was 40 by 70 feet, seated 240 on the main floor, and was renamed Saint Cecilia Catholic Church in 1906.  In 1914 Saint Cecilia and Saints Peter and Paul parishes separated and an addition to the church was built.

Saint Cecilia School, the second Catholic school in the county, was completed in 1925 under the direction of Fr. Joseph Campbell and staffed by the Sisters of Mercy.  An addition was completed in 1960 to accommodate the growth of the parish.

With a growing congregation, a third church was constructed at 30th Street and Hoover Avenue and dedicated in 1972.  The following year, the rectory and administration center were built.  In 1977, Saint Cecilia Parish was placed under the care of the Conventional Franciscan Province of Our Lady of Consolation and our “black friars” arrived.

Building continued with the ground breaking for the social center in 1986.  A new Education Center, built at the Hoover site in 1995, marked the end of 23 years of divided parish facilities.

Saint Cecilia is one of the most famous Roman martyrs of the early Church as well as one of the patrons of music.  According to legend, Cecilia was a Christian of high rank betrothed to a Roman named Valerian.  Through her influence, Valerian was converted.  He was martyred along with his brother.  Cecilia’s martyrdom followed.

Since the time of the Renaissance, Saint Cecilia has usually been portrayed with a viola or a small organ.  As one biographer put it, “Like any good Christian, Cecilia sang in her heart and sometimes with her voice.  She has become a symbol of the Church’s conviction that good music is an integral part of the liturgy, of greater value to the Church than any other art.” 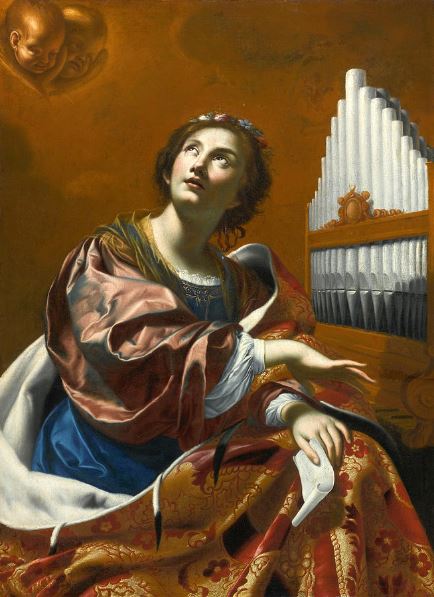 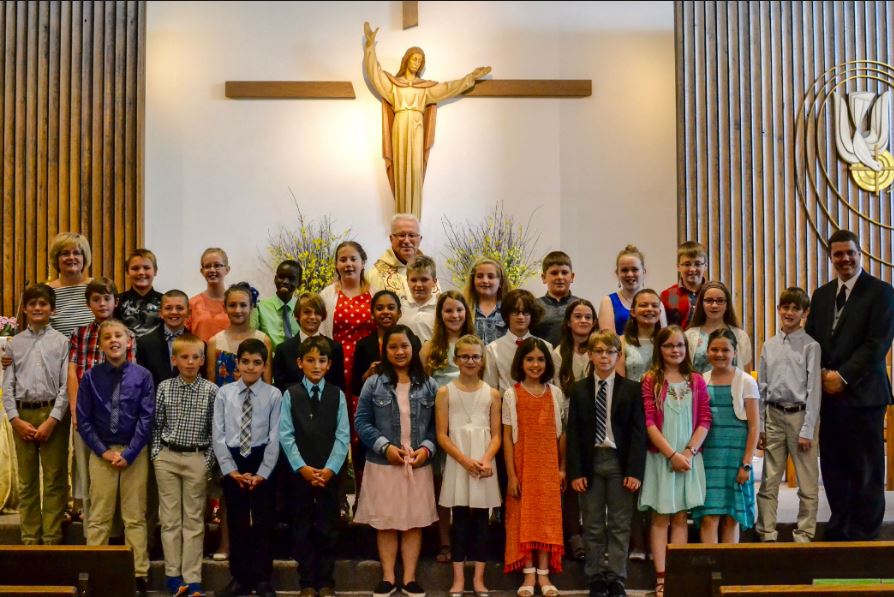