This is not intended to be an all-inclusive list.  Additional duties, expectations and responsibilities may be added or changed as needed to meet the University's needs.

Must understand, support and embrace the mission of Franciscan University of Steubenville and possess the following:

Candidates must submit an online application, a resume and a cover letter that demonstrates their fit for the position based on their experience, accomplishments and skills as well as their desire to advance the mission of Franciscan University.

For other information and job postings, visit our website at https://www.franciscan.edu 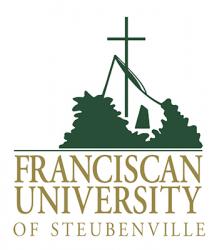 Work Should Never Be Just Work!

It should be a calling, a vocation. Through pursuing a career with Franciscan University, you’ll have the opportunity to be a part of a visionary organization in service of the Catholic Church, society, and culture.

At Franciscan University you will work for and with the Church, alongside like-minded men and women who share your values and your desire to transform the culture. You’ll be challenged by the work and rewarded by the fruit it bears. You’ll be part of an institution that Francis Cardinal Stafford, former president of the Pontifical Council of the Laity, described as “central to the reform and the renewal of the Catholic Church after the Second Vatican Council.”

Founded in 1946 by the Franciscan Friars of the Third Order Regular, Franciscan University is known around the world for its enduring fidelity, vibrant campus culture, and academic excellence.

In just under 70 years, Franciscan University of Steubenville has emerged as a leader in academically excellent and passionately Catholic education. By integrating faith and reason in the pursuit of truth and right living, the University has grown from a small facility serving local veterans of World War II to a beautiful hillside campus and an educational institution recognized nationally and internationally for its programs, faculty, and graduates.

Since 2001, the University has been ranked in the elite “first tier” of Midwestern universities by U.S. News and World Report’s guidebook, America’s Top Colleges. Included in every edition of the Cardinal Newman Society’s Guide to Choosing a Catholic College, Franciscan has also been ranked as a top 100 “best value” in private higher education by Kiplinger Personal Finance Magazine since 2011.

Numbered among Franciscan’s graduates are bishops and priests, congressmen and pro-life activists, missionaries, catechists, doctors, lawyers, and teachers. They’re leaders in the Church and culture, serving in the vanguard of the New Evangelization, and they’re doing that, in large part, because of the education in faith and reason they received at Franciscan University.